Tasting Notes     2020 Winter                              ALL WINES Denner Vineyards - 2015 Ditch Digger  The heightened definition of a blend with 6 Rhone Varietals: 55% Grenache, 20% Mourvedre, 10% Syrah, 5% Counoise, 5% Cinsault, 5% Tannat.  The notes on this wine include foot stomping from the beginning and 50% whole cluster fermentation.  After decanting for about 30 minutes the wine opens to a nose of dark berry with hints of clove and leather.  On the palate, roasted plums and spices along with lovely hints of blackberry jam and easy to handle acids and tannins.  Finish is soft, fruity, and pleasant.   Enjoy with a hearty grilled pork chop and mashed potatoes.  Drink now through 2025   Desparada - 2019 Fragment This is a Whopper of a White!  100% Sauvignon Blanc, this one will knock you off your feet.  These are the Winemakers Tasting Notes: Electric triangle, zinc oxide Barbie doll, cliff jumping, twiggy in a lime pinafore, double-de

Tasting Notes     ALL WINES Caliza - 2016 Azimuth  40% Grenache, 36% Mourvèdre and 24% Syrah, this is a succulent blend and emblematic of the Paso Robles terroir. A deep dark color is dense and creates an impression this will be a big wine.  It IS!  Aromatics display a meaty oak, with notes of cassis. Strong and lively blackberry and dark fruits burst on the palate and the oak treatment is evident with a tannic mid palate and shows a little of the dried meats from the nose here.  The tannins and acid structure of this wine create a nice lengthy finish.   Suggested pairings include, grilled rib eye, or tenderloin.  Drink now through 2027 Caliza - 2018 Kissing Cousins 42% Viognier, 32% Roussanne, 26% Grenache Blanc This white Rhone blend demonstrates a Pineapple and Grapefruit nose - acid on the front of the tongue, when allowed to open a little palate thickens and provides pears, vanilla creme soda, and faint mandarin orange flavors.  A relatively long finish makes this white blend 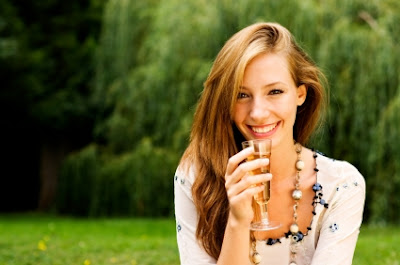 Tasting Wild Horse Malvasia Bianca Refreshing, fruity and giddy with summer bliss! There is no better way to describe this wine. Tropical fruit aromas of Pineapple, melon, some lemon sorbet and thyme are ready at the tip of the nose. Followed by subtle honey hints with a touch of sweet earth. Like it just rained in the morning. This cool climate wine is incredibly refreshing and ready to be drunk over some lovely appetizers. How about some Croque monsieurs with smoked ham and Gruyere cheese. Membership in the  Paso Robles Wine Club  is free and you’ll be able to choose from several packages that allow you to control the number of wines shipped. With the  Paso Robles Wine Club , you’ll enjoy pairing wines with your favorite foods and celebrating with friends and family—all year long. 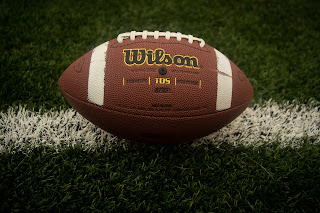 Enjoy Kickoff with The Paso Robles Wine Club As the kickoff for Super Bowl 50 nears, people all along California’s Central Coast are preparing their menus and choosing which wines to serve from their Paso Robles Wine Club shipments, but not many people know that one of our local winemakers is a former Super Bowl star himself, with football roots that run deep. TH Estate Wines is located just off the 46 in Paso Robles in the Willow Creek AVA . Owners Jennifer and Terry Hoage, were drawn to the Central Coast and after discovering a beautiful piece of land to farm, they never looked back. Planting a vineyard and making wine, while often romanticized, is risky business, but for Terry Hoage, a former NFL safety, it was a risk he was willing to take. Terry Hoage’s NFL career spanned 13 seasons, during which he played on six teams— The New Orleans Saints , The Washington Redskins , The Philadelphia Eagles , The San Francisco 49ers , The Houston Oilers , and the Arizona Card 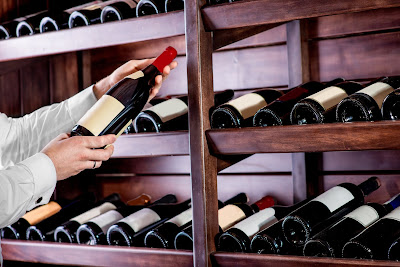 How to Choose a Great Bottle of Wine

Reading Wine Labels At times buying wine can be quite the feat . it gets complicated, even for connoisseurs. With so many styles and brands available, finding the perfect wine for your table can be a little tasking. Forcing you down an unyielding rabbit hole. Feeling the texture of the wine label used to be a promising start. Good quality paper and all that. At least, that was the idea. Better quality labels meant better wines. Strange, I know, but it worked (for some wines). Now? In the age of targeted marketing? Not so much. Some labels are very misleading , disguising bad (Rather; under par) wines as quality gems. So how do you outsmart the store clerk and find an excellent wine for your buck? Reading the Label . Labels might inform you a great deal more than the clerk would. Though, granted, most these days are quite knowledgeable. To make this easy, we'll use wines we either curate for the Paso Robles Wine Club or wineries we visit during the fun, tailored t 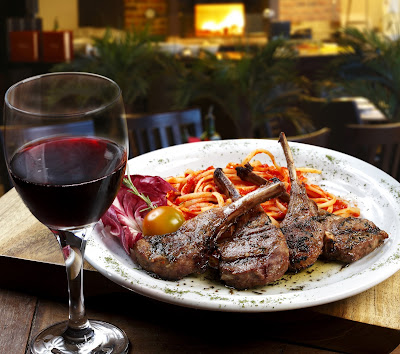 Enjoy a Glass of Grey Wolf Cellars - 2014 Jackal Zinfandel for the win! Winemaker Joseph works the fruit of his family owned winery into an approachable, fruit forward and complex wine. While the Cabernet Sauvignon lends laid-back structure to the wine, the Zinfandel takes charge and delivers ripe and rich red fruit aromas of Raspberry.  Enjoy spicy suggestions of anise and a well rounded and velvety body with a long finish. It is easy to see why the winery sold out of this wine. Luckily, we picked up the last bottle for our allocation! Drink and enjoy through 2020.  Consider the acidity and weight of this wine while pairing with cheese, though it should go well with most mature Cheeses, it might perhaps be best to steer clear of full flavored ones like Stilton as they might overpower it and make it seem light. The soft silky tannin and spice that the wine offers give you a chance to try out artisan cheeses perhaps with added flavors like Thyme and Cardamom. 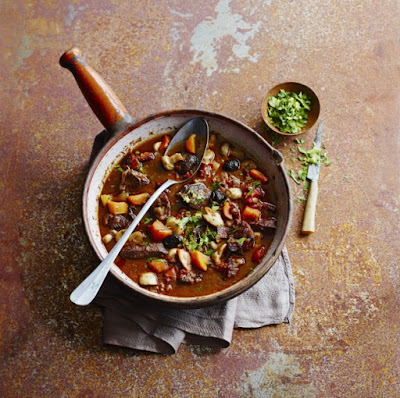 Photo from completefrance.com: Daube de Boeuf Provencale © Snap and Stir Despite 2015 being a difficult and cold year:-30% of the Cabernet Sauvignon crop was lost due to shatter- the grape quality was not slightly affected, rather improved. This is a characteristically 'big' wine. A blend of   60% Syrah, 21% Cabernet Sauvignon, 19% Petit Verdot . The Syrah stands bold, spicy and strong yet balanced out by a fruity Cabernet Sauvignon. Tannins offer themselves as a silky backdrop to the complexity and spice of the wine's composition.   The added advantage being that it is neither finned nor filtered after the fourteen-month oak ageing means it keeps developing in the bottle, possibly through to 2027! Depending on when you taste it, the tertiary aromas will have developed into pronounced hints of caramel and vanilla, adding more yet more 'layers' to immerse yourself into. Try it with a Daube de Boeuf Provençale - a traditional French braised 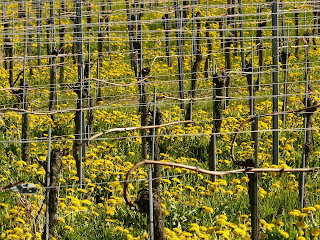 Enjoy Spring with  The Paso Robles Wine Club This year Spring is coming late and all along California’s Central Coast and throughout  Paso Robles Wine Country , the vineyards are starting to come alive. Seemingly overnight, the vineyard managers, crews, and winemakers are back at work (although in reality, they never left). The bare bones of the vines begin to show the green of bud break and soon enough, the canopy will explode and the vines will run wild until the fruit forms.  Spring is a busy time of year in the vineyard—good news for  Paso Robles Wine Club  members who are looking forward to tasting new vintages in the coming years. In spring, the dormant vineyard bursts with life and activity and there is much work to be done. Here are some of the things that are happening in the spring vineyard: Cultivating Fertility : After the winter rains, the greenery needs to be mown. This mowing helps cultivate a fertile soil by adding rich nutrients. Building Soil Tilt 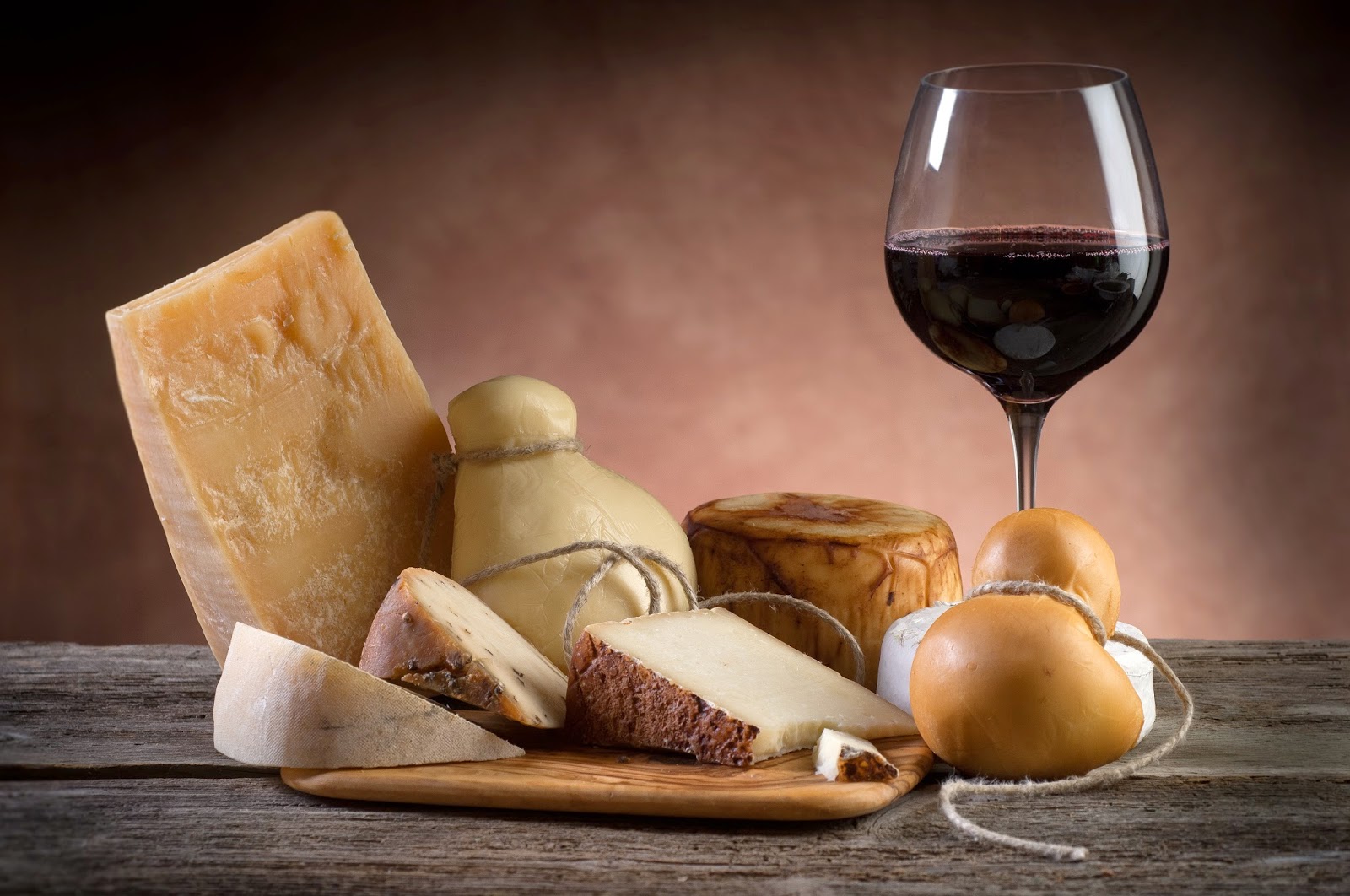 When it comes to the perfect pairing, wine and cheese couldn’t be better suited to each other. Many of our Paso Robles WineClub members report savoring their wine shipments along with cheese and can’t stop talking about the experience.  Like cheese, wine is an agricultural product and picks up similar nuances of a region, so sipping wine while sampling cheese enhances both.  If you’re looking for a new way to enjoy your wine shipment, pairing the wines with cheese might be the perfect solution. A few pairing ideas: Pair fresh cheeses with Sauvignon : Soft, creamy fresh cheeses like Feta, Chevre and Burrata taste of fresh milk and are usually tangy. Often, these cheeses are nuanced with grassy, herbaceous undertones. Sauvignon is crisp and fruity and often herbaceous—a perfect compliment. Chardonnay is a good match for soft ripened cheeses :  Also known as bloomy rind cheeses, these beauties have a oozy texture and mushroomy, tart and tangy profile. Among them: Brie,